Important Announcement About Overcut and Multi-Cut!!! 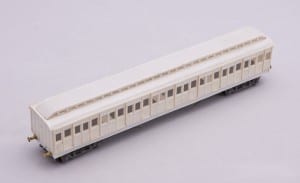 A few weeks ago, Leon (a railroad modeler in Australia… see his amazing model above and below) posted on the Klic-N-Kut Yahoo group and asked why his blade was raising between passes when using Multi-cut. Because he is cutting polystyrene, he needs to use quite a few passes to cut through his material and it was annoying him that the blade wouldn’t stay down during the cutting of the same path, Plus, he was positive that his prior installation of the software didn’t do that! So, looking into this, I found out that if you set the Overcut to 0 (under Cut>Tool Options), then the blade stays down during multi-pass cutting to a Klic-N-Kut. So, once Leon changed his Overcut to 0, he was good to go!

For those who are unfamiliar with the term “Overcut”, it is a setting which compensates for the fact the blade tip is positioned at an angle relative to the cutting material. The “center” of the shaft of the blade is slightly offset from where the blade tip actually touches the material. Thus, if you were to cut a closed shape and left the overcut value at zero, then the path wouldn’t quite close and your cut item would still be slightly attached to the waste. So, setting some value tells the software to have the blade travel a little further, thus closing the cut. This applies to all brands of cutters and is often called “offset” instead of overcut. Some of the cutters have a setting built-in (Silhouette, Craft Robo, Wishblade), some have the setting on the control panel (Graphtec 5000, Craft Robo Pro), and then others, like ours, have the setting sent from the software. Note that KNK and ACS Studio also have a Trailing Blade setting which is also a blade angle compensation, but affects the sharpness of corners.

When I first found out that leaving the Overcut at 0 would keep the blade down, I thought about how this might affect rhinestone template cutting. Those little circles have always cut best when setting the Overcut really high (Accugraphic recommended 50 for rhinestone template material) and then also having Multi-cut set to 2 passes, so that every circle would be cut twice before the blade advances to the next circle. I figured it would be worth a test just to see. But, alas, as usual, this one slipped off the To Do list and I didn’t remember to get back to it. However, today, Sally H posted on the same Yahoo group that she was having problems weeding 6SS circles from her rhinestone template and needed some help. I recommended the same things we always advise regarding speed, overcut, multi-cut, etc. But then I thought about the possibility that setting the overcut back to 0 and having those circles cut twice without lifting the blade MIGHT make a difference.

It turns out that Sally already had the other settings (which didn’t surprise me since she’s been cutting templates from our cutters for over a year now) BUT, Sally reported that setting the Overcut to 0 apparently made a huge difference in the weeding. In fact, she got a perfect weed on her next cut!

So, I’m recommending this to everyone who is using Multi-cutwith any material! You might want to try turning off Overcut when setting your passes to 2 or higher and see what happens. CADLink has reported that they plan to modify the software so that Overcut will not be invoked when doing a Multi-cut. So, in the future, this won’t be something you have to remember to do. But for now… make yourself a reminder sticky note and put it on your monitor or on your KNK!

Thank you to Leon for his initial inquiry that led me to contact CADLink. Thanks to Frank at CADLink for letting me know that setting the Overcut to 0 will keep the blade down! And thank you to Sally for testing this out on rhinestone rubber and letting us all know how well it worked! 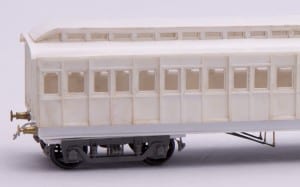 For more details on Leon’s railroad models, refer to posts at the Klic-N-Kut Yahoo group between the dates of February 11 and February 16, 2011. 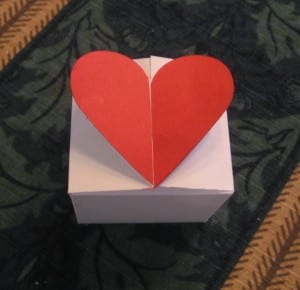 Okay, so this is a little late for Valentine’s Day, but I didn’t receive the question from Clare until Tuesday morning! : )

Clare is a new KNK Maxx owner and was having some problems with a free PDF file she had downloaded from a great web site that I’m sure you ALL are going to be checking out:

This file is a perfect example to show how to import vector PDF pattern files into KNK Studio and prepare them for cutting. So, I made a series of videos to show the four major steps in getting the file ready to cut:

The first step is to import the vector file (after it is downloaded and saved to your computer). For many PDF files, you use the same steps as when importing AI files. You need to assign a color for the Fill, if it imports with invisible Fill and you need to turn off Thick Line Attribute. Now that won’t be necessary with ALL PDF files, but just in case, watch this video:

Once those steps are completed, the lines need to be recolored. This is normally just a matter of selecting one or more paths at a time and then picking colors from the Shop Palette to distinguish fold lines from cut lines. In this particular example, there are a few spots that needed correcting and, thus again, this particular file is a great example to show what you might need to do with an imported pattern file. Make sure to test cut first from scraps just to make sure you understand how the pattern will fold and if there are any problem areas needing alteration:

Recoloring Lines in Fold Up Patterns

Then, you’ll need to decide if you want to score those fold line or convert them for dashed/perforated cutting. I’ve covered both options in the next video:

Finally, before cutting the pattern, I will check to see if the various lines and curves making up the design are many individual segments or connected into one or only several paths. While it’s not essential to make them one continuous path, you will probably get a better cut if they are. It can take a lot longer to cut if the machine is lifting and dropping the blade for individual line segments, especially if you haven’t set the cut order. Also, it may lead to more spots where the cutting isn’t smooth. So, in this final video I show how to use the Connect Path function in the software to join up all of those lines. Now, one could also just manually join the adjacent nodes on any two paths, but in this case there are a LOT of individual segments. So, when the nodes are close together, this one step function will join all of them. Nice! Oh… and I also show how to create the separate heart halves to cut from a second color, as shown in the box I cut above. : )

Finally, I have an older video on resizing boxes. Note that you can normally just drag the corner on a selected pattern and resize proportionately and you should be fine. However, when you want to stretch the pattern in one direction, more than in the other, then watch out! Your fold-up pattern may no longer work! So, a revisit of this blog post and video will help you in such situations.

Thanks, Clare for providing the topic for this post! Good luck with learning your new Maxx! Let me know if you have more questions.

Three cheers for Sandy. i have a LOT to learn, but the things i have learned, i can thank Sandy for!! i may be taking baby steps in absorbing all there is to learn on the KNK - but i don't feel rushed to learn more. i can go at my own pace, and the videos that Sandy makes, allows me to STOP at will and pick up again. A GREAT tool! Again, 3 cheers for the queen of the KNK!!